Oracle and Amazon are two of the largest tech firms and both operate successful cloud platforms. We examine the similarities and differences between these two systems. 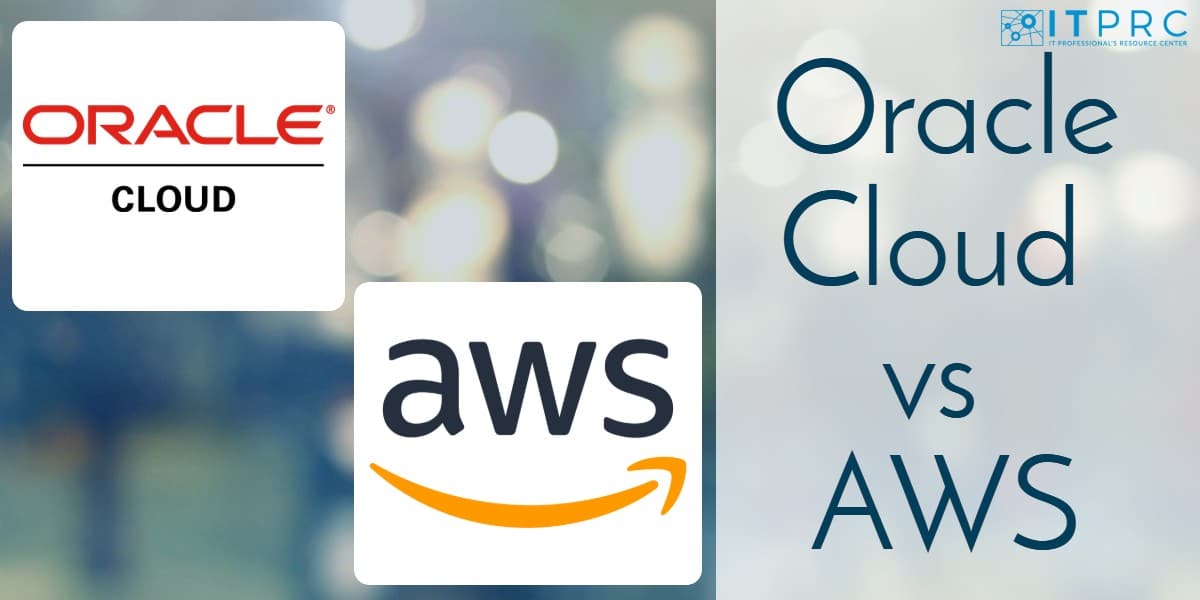 Amazon runs the most successful Cloud platform in the world. It is called AWS, which stands for Amazon Web Services. Although Amazon is the leader in the cloud computing field, the company does not come from a technology-first background. Amazon was first known as an online retailer that expanded its book sales business to become a retailing platform that rivals eBay.

The core activity of Oracle Corporation is its database management system. The company expanded its services to add on software systems to run businesses. These are called ERPs and they provide off-the-shelf software that covers all aspects of running a company and maintaining accounts. Oracle’s cloud platform is called Oracle Cloud.

Amazon was one of the key players in starting up the concept of cloud computing. AWS was one of the first cloud services and started operations in 2006, giving the service a market lead that it still enjoys. As the value of the cloud computing sector has expanded, AWS has continued to increase its revenue year on year. However, its market share has decreased every year in the face of stiff competition.

The current market share of AWS stands at 32 percent. This is a larger percentage of all cloud computing business than the next three largest providers put together. Those three contenders are Microsoft Azure with 19 percent of the market, Google Cloud Platform with 7 percent, and Alibaba Cloud with 6 percent.

Oracle doesn’t really figure in the same cloud market that AWS and Azure dominate. This is because the company only entered the cloud infrastructure market in 2018 and didn’t get its sales pitch totally worked out until 2020. The service hasn’t yet had much of a chance to elbow its way up to the head of the pack. Oracle is a serious contender in another part of the cloud services market: Software as a Service.

When industry analysts refer to the cloud computing market, they are usually talking about the provision of cloud infrastructure and particularly remote server space rental. Those servers are offered for storage and also to run the software. This category of cloud computing is called “Infrastructure as a Service,” or IaaS.

AWS was the first major corporation to enter the IaaS market. As AWS’s business progressed, it added on other services, such as load balancers, a web application firewall, and a content delivery network. These new products enable businesses to improve the performance of their frontend software. The addition of such services takes AWS into another category of cloud computing, which is “Platform as a Service,” or PaaS.

Oracle arrived at cloud computing from a different direction. The corporation’s biggest money-spinner was its ERP systems. These are very large and complicated suites of programs that are built as modules. Each module covers a specific area of business, such as sales orders or invoice creation. Oracle sold its software for installation on servers but eventually realized that offering accounts on a server that already had the software running on it was logistically easier to deliver.

Vendors that provide access to software running on a remote server plus storage space for the data generated by the software are offering “Software as a Service” (SaaS). SaaS is the fastest growing sector in cloud computing. Oracle is particularly well placed to supply a recently created demand for “Database as a Service” (DBaaS) which is a cloud-based managed database service.

Oracle is a strong contender in the SaaS market but only a recent entrant in the IaaS and PaaS sectors. AWS is the leader in IaaS and PaaS but has almost no involvement in SaaS. Many SaaS providers optimize their capital by eliminating the need to invest in infrastructure. Instead, they subscribe to IaaS or PaaS systems. Thus, the cloud computing industry tends to divide into two camps – those that provide software on the cloud and those that supply the supporting infrastructure.

One area where AWS and Oracle Cloud are going head to head is in data services support. Oracle is an expert in storing data and AWS has added on a large number of DBMS options as part of its menu of services.

Gathering and analyzing data and making the result plus the raw data available to paying customers is a rapidly growing new business sector. This type of business is called “Data as a Service” (DaaS) and providing infrastructure to these services offers a good avenue of expansion both for Oracle and AWS.

This corporate structure separates out the IaaS, PaaS, SaaS, and DaaS interests of Oracle Corporation.

Oracle needs a cloud infrastructure to support its own SaaS systems. So, it makes sense for the company to also offer that infrastructure directly to customers. However, this is not the main thrust of Oracle’s cloud business.

Both companies offer server space rental for processing and also space on servers for storage.

AWS’s CPU/RAM rental business is called Elastic Compute Cloud (EC2). This is a virtual private server system that works on a hypervisor the same as the site-based VM architecture, with which most systems administrators are familiar. Users can choose an operating system for their virtual server with options for Linux and Windows. Bare metal servers are also possible.

Oracle Cloud Infrastructure’s processor rental system is called Compute. This service is available in bare metal and VM editions – these are called Virtual Machine Instances and are available with either Windows or Linux for the operating system.

The table below lists all server processing services offered by both AWS and Oracle Cloud Infrastructure.

The frequency of access is a major influence on the type of file storage used by a customer and charges are adjusted accordingly. Three access frequencies are:

Below are the storage services offered by AWS and Oracle Cloud Platform.

AWS includes a range of database management systems that can be used to store data on an AWS server. These are:

This group of services contains the SaaS ERP and enterprise management software of Oracle. These integrate directly to their own database instances.

This is a grouping of Oracle-owned services that enable businesses to develop their own Oracle-based SaaS products.

Oracle Data Cloud is a data analysis framework based on Oracle ID Graph data management architecture. This is a Data as a Service (DaaS) system aimed at marketers who want to analyze consumer data.

The prices charged by AWS vary according to the location of the data center that the customer is served by. The company currently operates 77 data centers and has a further 15 locations planned for the near future.

The price for each service needs to be calculated according to the “region” that hosts the customer’s account. The table below shows the different prices of block storage offered by AWS in selected regions. The block storage service is used as an example of AWS prices because it has one of the most straightforward tariffs in the AWS service menu.

Although AWS publishes a rate per month per GB of storage, it doesn’t apply those charges in monthly units. Block storage is used for temporary space by applications during their operations. This storage need contracts and expands constantly. AWS charges for space used each second, so the rate is divided into the amount of space used per second of the month and then totaled up across the whole month.

Rival systems expect the customer to reserve an amount of space and pay for that allocation for the entire month whether the customer uses all of it or not.

The practice of charging a different price for a service depending on the location of the data center that serves the customer is typical of the industry. Oracle doesn’t follow that pattern. The Oracle pricing structure is much simpler than that used by industry leaders AWS, Azure, and Google Cloud Platform. It has one rate worldwide for each of its services.

For comparison, Oracle Cloud Infrastructure charges $0.0255 per GB of block storage per month.

AWS vs Oracle: Strengths and Weaknesses

Like many of the Cloud computing industry leaders, AWS has a very long list of services and a complicated pricing structure. Block storage has one of the most straightforward pricing structures of all of the services offered by AWS and that has 77 different prices for the same service. That number of variations will shortly be even greater once AWS expands to operating 92 data centers. A multinational service, such as a geographically distributed cluster of servers can end up being incredibly difficult to price.

Customers planning on taking out a collection of services from AWS will need an interdepartmental committee of interested parties involved in the purchasing decision if only to work out exactly how much to budget.

Oracle, like many other contenders in the Cloud computing market, has tried to offer as many services as AWS to match the market leader service by service. Added on to that menu of services is the list of business support modules that made Oracle its fortune, which are now delivered as SaaS products.

The Oracle brand means a lot more when it comes to choosing a data management service – Amazon is best known for selling books. Oracle has a much better chance of building its Cloud business if it focuses on its SaaS and DaaS services rather than its infrastructure division.

AWS has been in the business of marketing cloud infrastructure for a lot longer than Oracle. That gives AWS a very large head start in establishing a dominant market position. So, Oracle’s strength is its reputation for data management tools and AWS’s advantage is its longevity in the Cloud infrastructure business.

Oracle makes it very clear on its Oracle Cloud website that it is aiming purely and solely at competing with AWS. It showcases its prices primarily as a discount on the AWS tariffs. This is a risky strategy because, although Oracle’s prices are much lower than those charged by AWS, trying to beat up the leader to gain market space can leave a contender severely bruised. By contrast, Google Cloud Platform’s strategy in trying to climb above the number three position is to target its immediate superior in the market: Azure.

Oracle is a better provider of SaaS products than AWS. AWS has more experience in IaaS. The need for growth means that these two industry giants would eventually try to expand into each other’s space. Oracle made the first move by reconfiguring the supporting infrastructure it used to run its SaaS systems into a list of services for other businesses.

AWS is better at infrastructure and Oracle knows it – that’s why it makes a point of demonstrating how much cheaper its services are than those of AWS. Oracle is better at providing SaaS applications and AWS knows it – AWS hasn’t made any effort to develop ERP systems to rival those of Oracle.

The big turf war between these two brands is going to be in the middle ground of PaaS. When it acquired Sun Microsystems in 2010, Oracle became the owner of some very strong application service brands, including Java and MySQL. Oracle has continued to develop these systems and they have become the leading services in Web application development. Hosting third-party SaaS products on a platform that integrates those key services could be Oracle’s chance to get some market share in the Cloud computing sector. 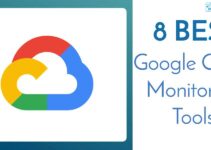 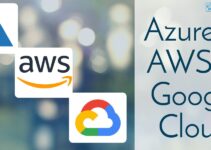 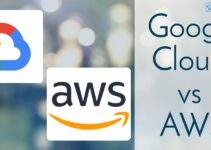