Cloud services are becoming commonplace for business software provision. The underlying infrastructure market for these apps is dominated by a few providers. We compare two of them. 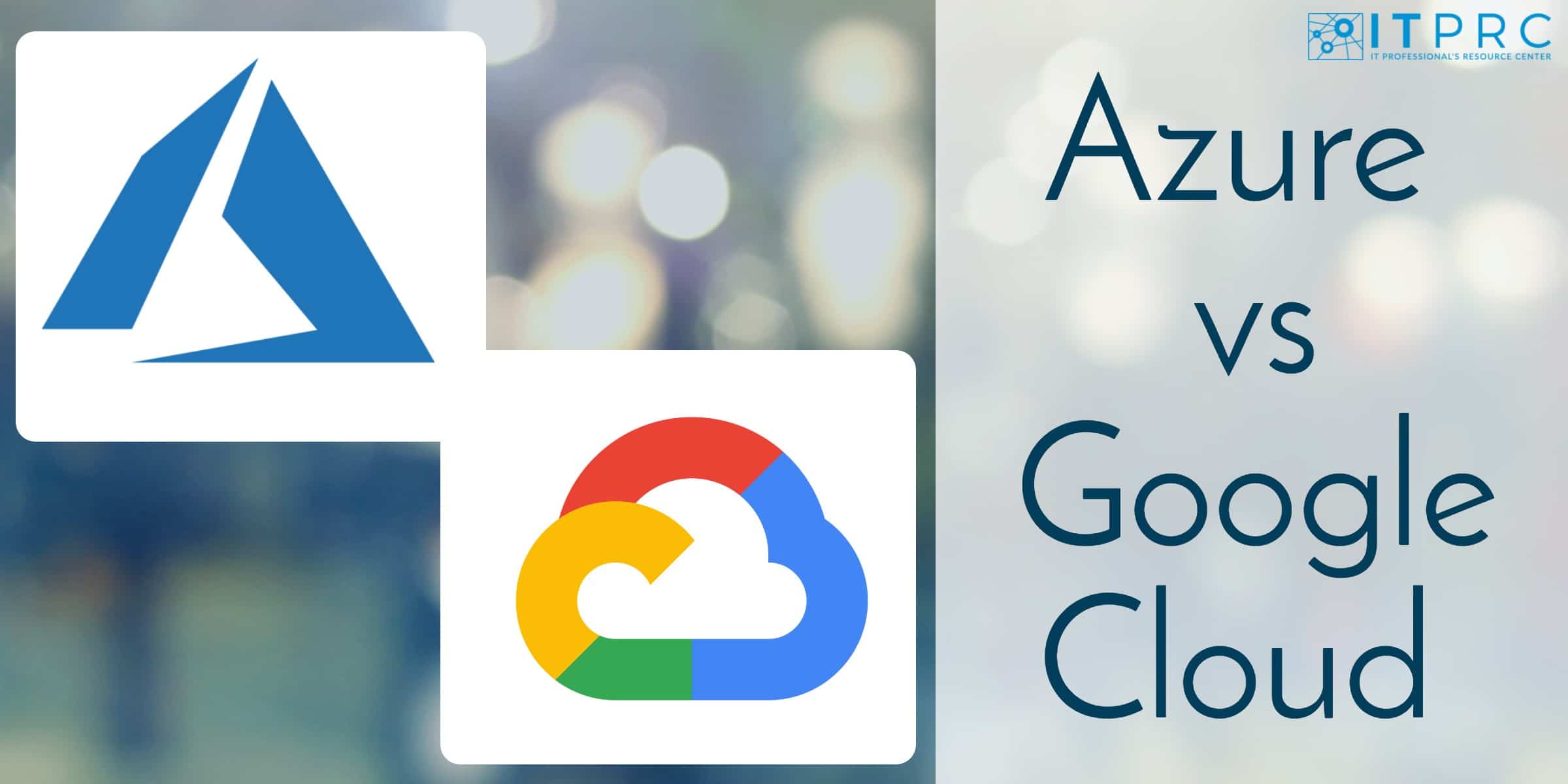 Azure and Google Cloud Platform are two of the largest cloud infrastructure providers in the world. Not only do these platforms offer services to businesses, but they underlie many other Software as a Service systems, so in many cases, they are in the B2B2B market.

The type of cloud systems that Azure and Google Cloud Platform operate is known as Platform as a Service. This is an advancement in their original niche of Infrastructure as a Service. PaaS is IaaS plus operating system and services, such as databases and Web servers. The main product that IaaS provides is server space, both for processing and storage. This is still the most important element of PaaS providers. Comparing rival products is complicated because many of the services each offers are not exactly the same.

While Azure and Google Cloud Platform both charge on a subscription and usage basis, each has different price points for each of the services that they offer. Again, these slight differences in pricing policy make cost comparisons difficult when shopping for cloud infrastructure.

The four biggest providers in the PaaS sector are AWS, Azure, Google Cloud Platform, and Alibaba Cloud. The top three are all divisions of major US technology firms. AWS is part of Amazon, Azure is owned by Microsoft and Google Cloud Platform is a property of Google LLC, a division of Alphabet Inc.

The backing of the top three players gives each an unfair advantage to exploit. The power of Google’s Search Engine in launching new products can be seen by the successful takeover of the browser market by Google Chrome. Google Chrome and Google G-Suite are two examples of products of Google that specifically aim to erode Microsoft’s lead in each market.

The market for consumer cloud file storage is also a direct benefit to Google Cloud Platform and Microsoft Azure. Google Drive and Microsoft’s OneDrive are in competition for customers and draw in users to the underlying PaaS. At present, Google Drive has 34.39 percent of that market, in which it is the largest provider. OneDrive is in third place with 12.17 percent.

So, Google is advancing faster in the general cloud services market. However, Microsoft’s Azure is still ahead of Google Cloud Platform in the cloud computing market overall. The leader in that market is AWS, which has a 32 percent market share. However, AWS’s share is falling and the most successful contender is Azure, as shown in the graph below.

Although the Synergy Research Group statistics show Amazon with a market share of 39 percent at the end of 2019, more recent studies put that figure much lower.

AWS and Azure are the two largest cloud platforms in the world, according to market analysts. By 2020 AWS has 32 percent and Azure has 19 percent of the world cloud computing market. The next largest contenders in Cloud computing are far behind. Google Cloud has a 7 percent market share and Alibaba Cloud has 6 percent of the market. These successes account for AWS’s market share fall of 15.8 percent since 2018.

Despite its strong efforts in the consumer cloud storage and cloud-based productivity suite markets, Google is finding it hard to catch up to Microsoft in the Cloud computing sector. Azure has slightly increased its lead in the market over Google Cloud Platform over the last two years.

Azure and Google Cloud Platform (GCP) both benefit from a strong parent company. While Google is able to funnel customers through from its dominant search engine and web browser, Microsoft has the advantage of integrating access to its Azure-based cloud services for the users of its Windows operating system. Given these two massive unfair advantages in technology marketing, it is a surprise that AWS managed to grow ahead of them both.

AWS launched in March 2006 and pretty much has the cloud computing market to itself. That early start accounts for AWS’s market dominance. Google Cloud Platform was two years behind AWS, launching in April 2008. However, it started off as an internal service for the corporation and didn’t become available to the general business community until November 2011. That put GCP more than a year behind Microsoft Azure, which launched in February 2010.

Azure established its second-place standing in the market almost immediately. As AWS matured, it added on many other services. Initially offering just syncing, storage, and processing products, AWS has expanded its menu to include services, monitoring tools, security systems, and marketing assistants. Azure has matched every extra utility that AWS has added on.

GCP has not followed AWS and Azure down the cloud services path, sticking to the basic IaaS structure with just a few essential services, such as a DBMS package, IoT controls, AI features, and identity and access management services. Although that seems like a long list of services, it is a lot shorter than the menu of services offered by Azure.

Azure and GCP Platform as a Service Comparison

The basis of both Azure and Google Cloud Platform is a managed server system that is provisioned from data centers scattered around the globe. What businesses want is space on those servers, either for processing or for storage.

Azure offers virtual private servers, which it calls Virtual Machines. Just like VMs on a standard server, the amount of space occupied by a VM on a physical server can adjust and even expand automatically.

Although storage servers seem to have one straightforward function, there are actually different types of architecture for holding data. These configurations are:

File storage is used for many different purposes. File stores can be constantly-accessed shared file repositories for collaborative work, they can be used for backup, and they can be used for archiving. Cloud storage providers categorize three types of stores, according to the frequency of access:

Below are the storage services offered by Azure and Google Cloud Platform.

Both Azure and GCP offer network services that operate to serve both onsite and cloud resources. You don’t have to be a subscriber of the same company’s processing or storage servers to deploy one of these cloud systems. For example, it is possible to host applications on an Azure server and use Google’s DNS service.

Azure and Google Cloud Platform each have a set of prices for each service with price comparisons being complicated by different charging bands for services. In some types of services, the charges are built up from a combination of factors, which means that there are many variables that compose a price.

The result of this is that it is only truly possible to make a direct price comparison between the two services in specific use cases.

Block storage has one of the simplest tariffs in both the Azure and GCP service menu. In both cases, the price you pay per GB of storage space depends on which data center you choose.

The Azure basic block storage service is the Standard SSD Managed Disk. Azure charges for the entire rented disk for the entirety of the month. The service offers a range of disk sizes and the storage price per GB is slightly different for each.

GCP charges per GB and customers don’t have to reserve a disk of a specific size. Charges are levied per month per GB. Google offers cheaper HDD storage as well as SSD. As with Azure, prices change according to the selected data center.

Price comparison is more complicated with file storage and object storage because those rates are influenced by the number of access actions made per month and the price point ranges are different for each provider.

There are many services provided by these two cloud platforms that we haven’t covered here due to lack of space. These options include database management systems and web server choices. In the cloud platform market, AWS has the most services to offer to customers with Azure following with the second-longest service list. Google Cloud Platform isn’t quite as extensive in its services to large businesses. However, the Google system does better at reaching out to small businesses and consumers than AWS and Azure.

An example of Google’s effort to attract the little guy is its web services menu. It is very feasible and attractive to choose to host a website on a Google Cloud Platform account. Google offers the buyer a choice of Windows or Linux, a tariff for hosting WordPress sites, a LAMP bundle, and a list of management involvement that ranges from server space up to fully managed web hosting. Azure doesn’t try to get that level of business; its web hosting services aim more to provide the infrastructure that dedicated web hosting companies would use.

Azure is a technician’s service. The presentation of services on the Microsoft Azure sales website deals with inside terms and industry jargon. Google Cloud Platform’s presentation makes more of an attempt to explain its products to a non-technical audience. Google doesn’t completely dumb down – it still uses technical terms, but it makes more effort to explain what those services do.

Although Google has a better chance of reaching a customer base of small businesses the Web platform is still successful at attracting big businesses. The service’s customers include big-name corporations, including Spotify, PayPal, and Nintendo.

Both Microsoft Azure and Google Cloud Platform are leveraging their strong brands to reduce AWS’s market lead. While these two services will take a long time and constant effort to beat AWS, it is possible that they could become the number one and number two in the industry. 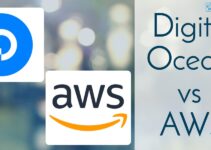 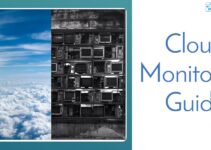