Home
Network Monitoring
What is Network Jitter and How Can You Prevent It? 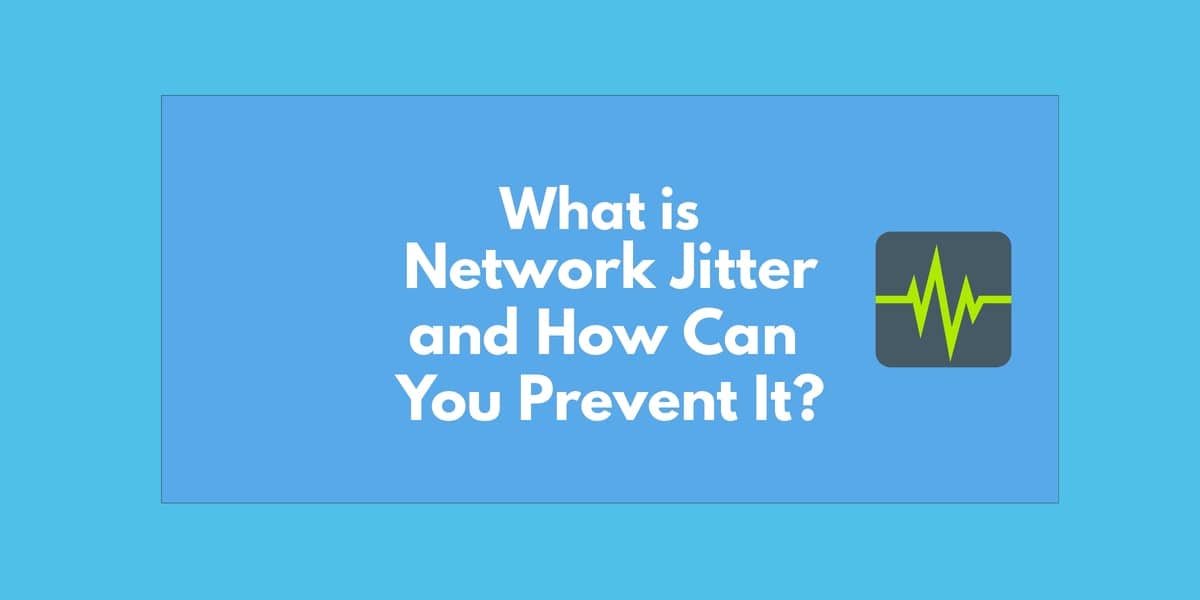 Managing a modern network comes with many different performance concerns. Ensuring that a network is performing well and combating latency is one of the core focuses of network administrators from organizations of all shapes and sizes. However, those companies using real-time services have a particularly tricky threat to tackle; network jitter.

Monitoring network performance and network jitter is vital to making sure that real-time services like voice and video calls perform well. Preventing network jitter comes down to understanding what causes jitter, measuring jitter levels regularly, and taking steps to reduce the prevalence of jitter within your network. In this article we’re going to look ask what network jitter is and how you can prevent it.

Jitter is the term that refers to the fluctuation of latency within a specific time frame. Whenever information is transferred from one device to another within a network, the transfer is undertaken by packets. Packets are chunks of data that are sent to transfer data to other devices. The amount of time it takes for these packets to reach their destination is referred to as latency.

The variation in this latency is the jitter value. High amounts of jitter indicate poor network performance and delayed packet delivery. When there is high jitter, packets arrive out of sequence and become unusable.  For instance, if you were using a VoIP phone system then a high amount of latency could make calls indecipherable.

Jitter can be caused by many different factors but there are a few common culprits that stand behind most common jitter problems. These include:

This list isn’t exhaustive by any means but it does give an idea of the basic factors that can affect network performance.

There are many performance issues that can affect VoIP communications including jitter, latency, and packet loss. These three entities can cause packets to be lost in transit or simply lower the quality of the audio. In this section we’re going to look at the relationship between these three and how they differ from each other.

Jitter, latency and packet loss are all concerns for those using VoIP systems. Jitter and packet loss are the most concerning of the three because calls can easily become inaudible. If packets are lost or delivered out of sequence then the end user can’t understand what is being said.

Latency is comparatively more tolerable because late packets will still be comprehensible. For the best performance users want to make sure that all three of these are kept to a minimum. Luckily, some of the ways that you can use to minimize jitter can help minimize the other two as well.

Why is Monitoring Network Jitter Important?

Few services rely on real-time packet delivery as much as VoIP phone systems. These systems require packets to be delivered in sequence in order to be understood by the end user. When packets are transferred normally they are sent from source to destination as a stream. Each of these packets is evenly spaced apart.

If you run into network jitter then these packets start to arrive late and become mixed up as they arrive out of sequence. In the case of a VoIP call the users on both side of the conversation can’t make out what is being said by the other user.

How Much Network Jitter is Ok (Acceptable Jitter)?

The amount of network jitter that is acceptable on a network (often referred to as acceptable jitter) is dependent upon the type of services that you’re using. Some applications and services have a higher level of tolerance for jitter than others. For instance, jitter doesn’t affect sending emails as much as it would a voice chat.

When using applications like VoIP solutions with low tolerance for jitter you want to make sure that jitter is kept below 30 milliseconds. Any rate of jitter below this figure will be acceptable because the effects of jitter will be minimal. Minimal jitter means that users will still be able to comprehend the person on the other end of the call.

How Can I Measure Jitter?

In order to measure network jitter you need to calculate the average delay time of packet delivery. Unless you’re prepared, then you’re not going to identify that jitter is a problem. The exception is if you’re in the middle of a VoIP call and words or sentences are being omitted or jumbled up together. Which is not a good time to be finding this out.

While you can work out that jitter is a problem by ear, this isn’t a reliable way to monitor it. Using a jitter testing tool is a much more effective way to track the presence of jitter as you won’t always notice when it starts becoming a problem. If you’re communicating with customers you’ll want to make sure you identify jitter immediately to minimize service disruptions.

You can do this by using a network monitoring tool. In this next section we’re going to look at SolarWinds VoIP & Network Quality Manager for measuring jitter. 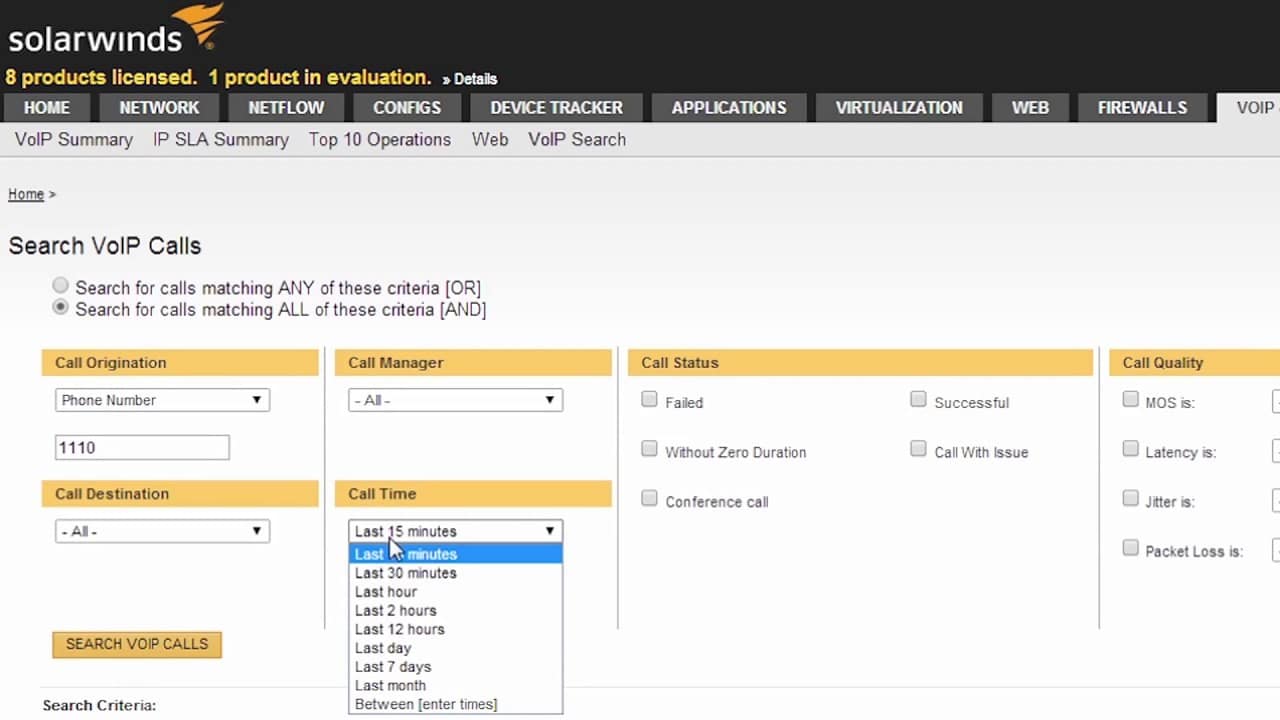 SolarWinds VoIP & Network Quality Manager is a network monitoring solution that has been designed specifically for VoIP calls. You can not only monitor jitter but also latency, packet loss, and MOS (Mean Opinion Score). With this tool you can set threshold limits so that you receive alerts when jitter exceeds certain limits.

If you want to take a more hands-on approach then you can use SolarWinds VoIP & Network Quality manager to sift through Call Detail Records (CDRs). You can do this to determine a current jitter value and maximum jitter value to see how much of a pervasive problem jitter is. You can download a 30-day free trial of the VoIP & Network Quality Manager. 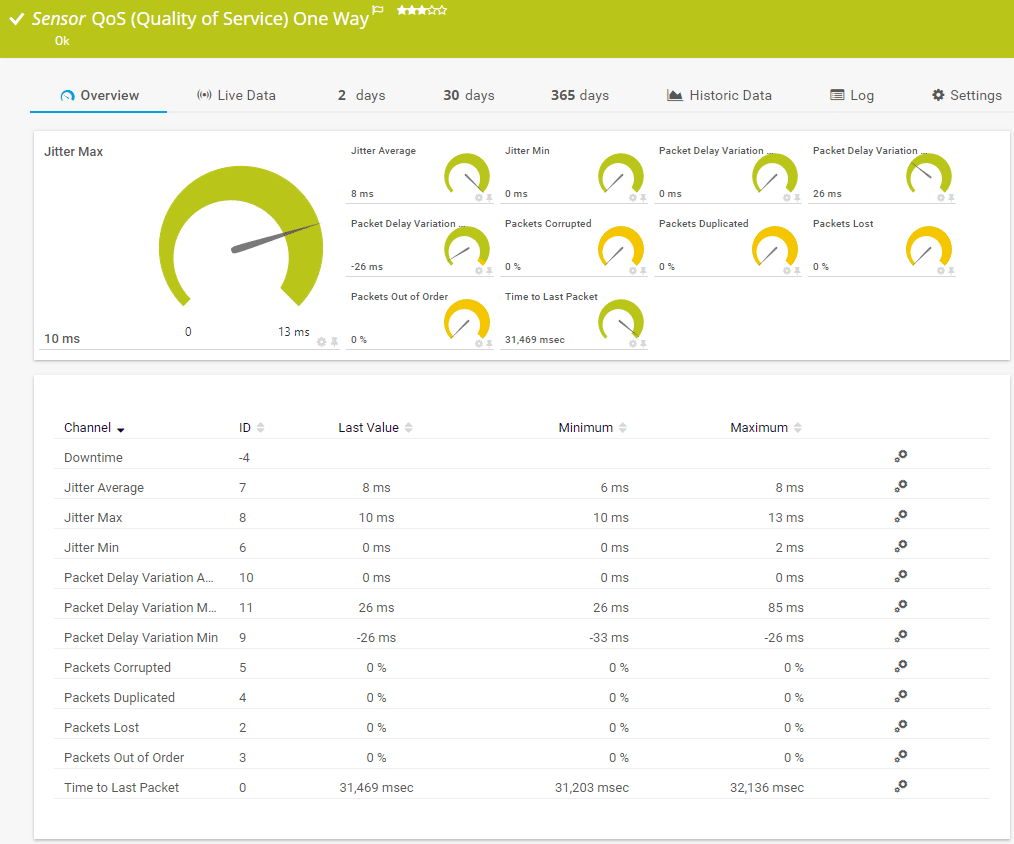 Paessler PRTG is a three-in-one network, server, and application monitor. This cross-modular approach makes it ideal for detecting complex issues such as jitter. The tool is a collection of specialized monitors, called “sensors.” You customize your implementation of PRTG by deciding which sensors to activate.

One essential monitor in the pack is the Ping Jitter Sensor. This sends out ICMP ping packets to a remote URL in order to evaluate the jitter on your connections.

You will also be able to use the QoS Round Trip Sensor, which displays the minimum, maximum, and average delivery deviations on a connection. It also measures latency, packet loss, and MOS (mean opinion score). There is also a QoS One Way Sensor, which requires an agent to be installed on a remote device in order to capture statistics. Other VoIP-related monitors in PRTG include the Cisco IP SLA Sensor, which reports on all of the factors monitored by the aforementioned sensors plus Impairment Calculated Planning Impairment Factor (ICPIF) and out of sequence conditions.

Pricing for PRTG is based on the number of sensors that you want to activate. Paessler offers a 30-day free trial of PRTG with unlimited sensors.

Preventing Jitter with a Jitter Buffer

Jitter buffers are one of the most widely-used tools for addressing network jitter within a network. A jitter buffer is a solution that queues packets before sending them on to their destination. Packets sent this way will arrive in sequence with minimal disruption. Rather than having packets delivered haphazardly and out of sequence, the buffer simply holds packets back until they can be sent with the original sequence intact.

Jitter buffers can be deployed in a number of ways, but there are two main ways that organizations use to maximize performance:

For VoIP system you would want to prioritize VoIP traffic to ensure that audio data is delivered before other types of traffic (you could do this by prioritizing Real-Time Transport Protocol or RTP packets). Non-priority traffic will be forced to work around your prioritized traffic and your network won’t be as congested.

The great thing about packet prioritization is that it doesn’t require you to upgrade your network, you just have to reconfigure how traffic is processed. In other words, you’re configuring the network to work smarter rather than just upgrading its physical infrastructure.

Other Ways to Reduce or Prevent Jitter

Now that we’ve established how you can measure jitter we’re going to look at how you can minimize jitter. If you find that jitter is affecting the performance of the network then there are a number of steps you can take to address the issue.

Sometimes the best way to eliminate network jitter IS to upgrade your network hardware. Purchasing a new router, switch, or cables will help to make the most out of your infrastructure. In particular, it is a good idea to purchase a router that has Quality of Service settings that are tailored to VoIP calls.

A go-to method for increasing your network performance is to upgrade your network. Upgrading with your current ISP or finding a new ISP can have a substantial influence on your download and upload speeds. Upgraded speed will allow packets to be transferred faster and reduce latency experienced on the device. The key to making a good choice here is to do your research before making the transition.

If your network has a number of heavy users then it is easy for resources to be consumed. Managing the usage of those connected to the network will help to make sure that resources are being consumed at a reasonable rate. At the very least you should make sure that users are on wired connections. You will also want to look at resource usage on individual nodes. When certain nodes are consuming a disproportionate amount of bandwidth then you know it is time to take a closer look.

Prevent Jitter Before it Becomes a Problem

Jitter can be a problem if you’re running applications that rely on high performance. Monitoring jitter on an ongoing basis helps to make sure that your applications can run without being adversely affected. Being proactive and using a tool like SolarWinds VoIP and Network Quality Manager makes sure that jitter doesn’t creep up on you unexpectedly.

When using a VoIP call solution you can simply listen for delay but this isn’t the most effective way to measure performance. Using a network monitoring tool will help to provide you with accurate measurements of jitter so that you can act if it’s over that crucial 30-millisecond threshold.

Once you’ve found that jitter is a problem you can start to find the root cause of the problem. The cause of jitter is largely dependent on how your network is set up, the state of your equipment, and the day to day use of your connection. Most of the time upgrading your internet connection will alleviate the problem. 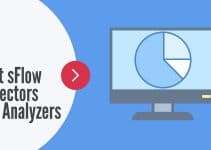 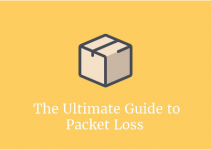 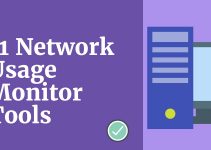