Home
Network Security
How to Prevent Denial of Service Attacks

The denial of service attack is statistically the most used malicious attack out of them all. This stems from the ease of use of the attack, as well as the alarming lethality. Literally anyone can bring down a website with a simple command prompt. The question is- how do you protect against an attack that can cripple your network or website in a matter of minutes?

Types of Denial of Service Attacks

If you are going to protect against an attack, you first have to know how it works. You must familiarize yourself with the different variations, methods, and plans of attacks that hackers use. Surprisingly, there are at least seven different classifications of denial of service attacks known today.

Notice how we used two commands in particular: -n and –l.

This type of attack is generally useless on larger networks or websites. This is because only one computer is being used to flood the victim’s resources. If we were to use a group of computers, then the attack would become a distributed denial of service attack, or DDoS.
The most common cure to the ping flood attack is to simply ban the IP address from accessing your network. A distributed denial of service attack is a bit more complex, but we will take a look at them later on.

The ping of death attack, or PoD, can cripple a network based on a flaw in the TCP/IP system. The maximum size for a packet is 65,535 bytes. If one were to send a packet larger than that, the receiving computer would ultimately crash from confusion.
Sending a ping of this size is against the rules of the TCP/IP protocol, but hackers can bypass this by cleverly sending the packets in fragments. When the fragments are assembled on the receiving computer, the overall packet size is too great. This will cause a buffer overlflow and crash the device.

Luckily, most devices created after 1998 are immune to this kind of attack. If you are running a network with outdated devices this will indeed be a possible threat to your network. In this case, upgrade your devices if possible.

When conducting a smurf attack, attackers will use spoof their IP address to be the same as the victim’s IP address. This will cause great confusion on the victim’s network, and a massive flood of traffic will be sent to the victim’s networking device, if done correctly.
Most firewalls protect against smurf attacks, but if you do notice one, there are several things you can do. If you have access to the router your network or website is on, simply tell it to not forward packets to broadcast addresses. In a Cisco router, simply use the command: no ip directed-broadcast.
This won’t necessarily nullify the smurf attack, but it will greatly reduce the impact and also prevent your network or website from attacking others by passing on the attack. Optionally, you could upgrade your router to newer Cisco routers, which automatically filter out the spoofed IP addresses that smurf attacks rely on.

A Fraggle attack is exactly the same as a smurf attack, except that it uses the user datagram protocol, or UDP, rather than the more common transmission control protocol, or TCP. Fraggle attacks, like smurf attacks, are starting to become outdated and are commonly stopped by most firewalls or routers.
If indeed you think you are being plagued by a fraggle attack, simply block the echo port, located at port 7. You may also wish to block port 19, which is another commonly used fraggle exploitable port. This attack is generally less powerful than the smurf attack, since the TCP protocol is much more widely used than the UDP protocol. The first attack method can be achieved when the attacker sends a synchronize request, or SYN, with a spoofed IP address. When the server tries to send back a SYN-ACK request, or synchronize-acknowledge request, it will obviously not get a response. This means that the server never obtains the client’s ACK request, and resources are left half-open.
Alternatively, the attacker can just choose to not send the acknowledgement request. Both of these methods stall the server, who is patiently waiting for the ACK request. Thankfully, this hole in the three-way handshake has been patched for years, just like the ping of death attack. Should you suspect that your older devices are the subject of this attack, upgrade them immediately.

In the teardrop attack, packet fragments are sent in a jumbled and confused order. When the receiving device attempts to reassemble them, it obviously won’t know how to handle the request. Older versions of operating systems will simply just crash when this occurs.
Operating systems such as Windows NT, Windows 95, and even Linux versions prior to version 2.1.63 are vulnerable to the teardrop attack. As stated earlier, upgrading your network hardware and software is the best way to stay secure from these types of attacks.

This is by far the most deadly of all denial of service attacks, since an easy fix is hard to come by. Instead of just installing the latest hardware and software, network administrators will usually need extra help with these types of attacks.
A distributed denial of service attack, or DDoS, is much like the ping flood method, only multiple computers are being used. In this instance, the computers that are being used may or may not be aware of the fact that they are attacking a website or network. Trojans and viruses commonly give the hacker control of a computer, and thus, the ability to use them for attack. In this case the victim computers are called zombies. A DDoS attack is very tough to overcome. The first thing to do is to contact your hosting provider or internet service provider, depending on what is under attack. They will usually be able to filter out the bulk of the traffic based on where it’s coming from. For more large-scale attacks, you’ll have to become more creative.
If you have access to your router, and are running a Cisco brand, enter the following command into your router command prompt: No ip verify unicast reverse-path.
This will ensure that attackers can’t spoof their IP address. This will still be a problem for zombie computers however, since those IP addresses aren’t spoofed at all. In this case, you can do one of several things.

As a last resort, the traffic can be routed to a sink hole, which will route all traffic elsewhere until a solution can be obtained. This will route good traffic and bad traffic- so this is usually not a good choice.

As you can tell, the majority of denial of service attacks can be prevented through simply upgrading to the latest hardware and software. In the case of distributed denial of service attacks, we have less simplistic options to work with.
Even giants such as Microsoft have fallen victim to the DDoS attack. Generally, it’s a good idea to not make many enemies- and keep a sharp watch on your network at all times. And in the event that you do track an attacker down, keep two things in mind. First, it may be a spoofed IP address, and thus, a false lead. Second, never attack back. Simply contact the authorities and wait for the justice system to do its work. 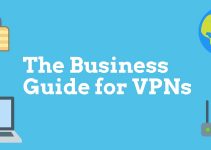