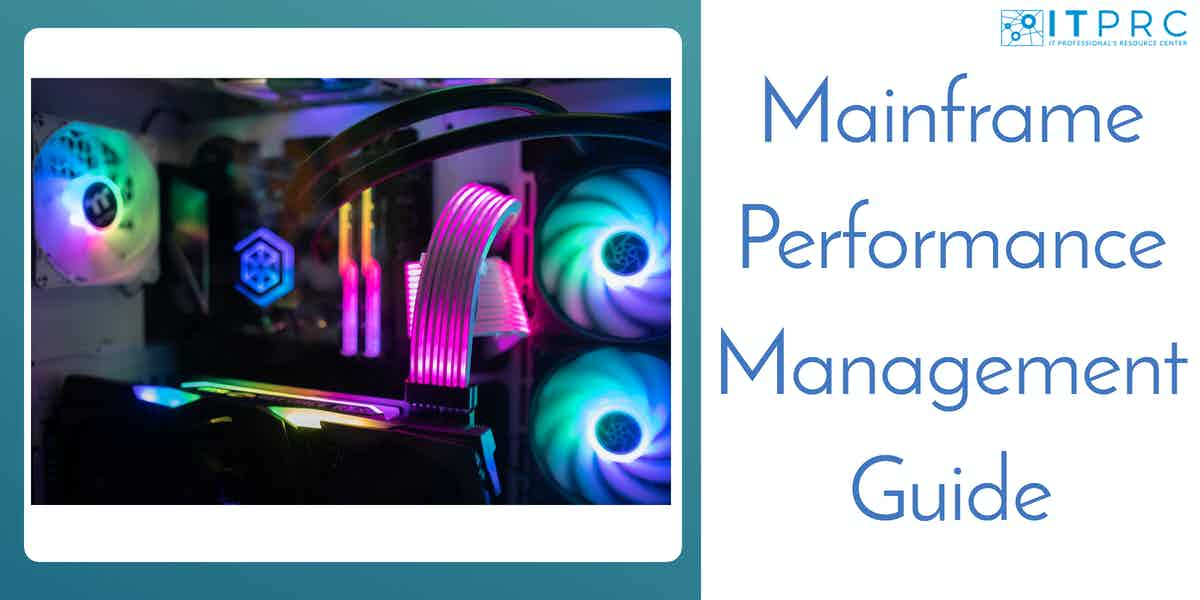 Mainframe computers are the computers that are utilized in large businesses to manage mission-critical applications such as bulk data processing, enterprise resource planning, and transaction processing. The performance of the systems is far higher than that of any other systems, and a significant amount of memory and processors are employed in the systems. The mainframe is a technology in which the requests that are received are processed quickly and then forwarded to the appropriate processor cards for processing. These systems are utilized by large IT corporations as well as Walmart, NASA, and other organizations. Mainframes will continue to be used soon and will not be phased out anytime soon. Many businesses rely on computers as a reliable source of information technology systems.

The following are the most important components of mainframe environments:

Job Control Language (JCL) is an extension of the IBM mainframe and is used as the primary scripting language on the platform. JCL is an authoritative and extensible programming language that makes it easier to operate and customize remote computing resources for computers.

The United States Department of Defense convened a debate in May 1958, and three key committees were tasked with designing the new language. It was given the name Cobol in 1959, which stands for (COMmon Business Oriented Language), and it was first used in 1959. COBOL was first publicly declared in May 1961, and it has been in use ever since.

Users began writing Cobol programs in 1962, which is when the compiler was first designed, from the standpoint of the compiler. The improved version of the game was launched in 1965. In August 1968, the American National Standards Institute (ANSI) authorized a standard version of a language, which was thereafter placed into use. The next official revision of the standard, known as ANSI-74 Cobol or Cobol-74, was established in 1974 and is still in use today.

How to improve mainframe performance?

Despite advances in computing technology, the mainframe remains the mission-critical backend system for business logic and transaction processing, which is at the heart of many organizations’ digital transformation efforts. In several industry surveys, it has been discovered that mainframe workloads are increasing year on year, as new business efforts such as DevOps, automation, and modernization enable the creation, delivery, and maintenance of applications across distributed, cloud, and mainframe systems.

For years, changing customer expectations and business requirements have spurred the need for expanded cross-platform application growth and processing capability. Apart from having to handle this increased complexity while also being requested to cut data center costs, new issues such as the coronavirus pandemic have prompted firms to operate on even tighter budgets while continuing to invest in digital transformation initiatives.

As workloads increase and businesses strive to innovate more aggressively, choosing to lower mainframe capacity to save money will only result in decreased application performance and disgruntled customers in the future. The cost of increasing mainframe capacity and supporting application growth, on the other hand, is a burden that most IT budgets cannot absorb at any time, let alone during a pandemic.

In the meantime, IBM is continuing to optimize the IBM Z mainframe to increase its operating efficiency, which is occurring in combination with new cloud-like pricing models that reduce expenses. Still, as more businesses add mainframe workloads, there is an increasing need to reduce capacity cost increases by making the most of available mainframe resources.

The mainframe performance and capacity management tools IT teams use to accomplish this are essential because they enable them to understand how existing capacity is being used and where adjustments are required to enable application and transaction growth without having to purchase additional capacity.

How do mainframe performance management technologies aid in the optimization of existing CPU MIPS on a mainframe?

Adoption of a competent mainframe performance and capacity management system that provides a graphical and data-driven technique for lowering or regulating MIPS usage is a critical first step toward improving the utilization of present mainframe resources.

When it comes to selecting the most appropriate tool, search for a solution that increases your ability to do the following:

When an LPAR is seeking processor resources, it is important to accurately detect delays rather than real-time high CPU MIPS utilization, to avoid needlessly increasing MIPS capacity and instead optimize configuration choices and tuning.

Delegate zIIP with the task of processing

It is possible that the use of specialized hardware, such as IBM’s System z Integrated Information Processor, will result in a significant reduction in the processing load (and expenditure) placed on your mainframe’s Central Processing Unit (CPU). The offloading of up to 90 percent of the CPU cycles to zIIP may allow you to reduce elapsed time by 25 percent in the cases of Copy, SMS Compression, and Sort, among other operations. Apart from that, the implementation of zIIP demands a single investment in hardware and does not necessitate any ongoing licensing payments.

On mainframes, batch processing is just as significant as real-time online transaction processing (OLTP), which is typically done on a transactional basis. Many businesses rely significantly on batch runs when it comes to compiling operating statistics, generating client statements, or processing payroll for their staff.

How do programmers assess mainframe performance in the absence of MIPS?

Monitoring tools are available in a variety of configurations, based on the machine you want to monitor and the component of performance you want to assess, such as CPU performance or storage space utilization.

Mainframe MIPS are imprecise, mainframers have created more accurate methods of determining the speed and performance of their systems, which are described below. Monitors, which are software-based tools, are used to conduct today’s measurements. There are several tools available for the z/OS, including Tivoli Omegamon XE, BMC MAINVIEW for z/OS, CA-SYSVIEW, ASG TMON, and RMF (which stands for Resource Management Facility). These Monitors collect samples at regular intervals to measure things such as processor activity, channel activity, and resource activity, among other things.

Performance measures are taken by DASD Monitors, including disk space consumption, the amount of free space available, and system performance. BMCS DASD Manager Plus and Tivoli Omegamon XE are two examples of DASD Monitors in use today.

Industries in which mainframes are still important

What is it about mainframe systems that keep corporations like IBM investing such large sums of money in research and development? Why are corporations retaining their mainframes and even increasing their investments in them?

The short answer is that they continue to be the only sort of hardware capable of efficiently processing the massive volume of transactions that is now a frequent feature of corporate operations in many industries. To summarize, mainframes are still an important resource in businesses such as the ones listed below:

Banking Department IBM Z mainframes are used by 44 of the top 50 banks in the world. Banks of all sizes and sorts are required to conduct massive amounts of transactions. Investment banks place a high priority on high-frequency trading because they must be able to react instantly to changes in the financial markets. Retail banking, which revolves around credit card transactions, ATM withdrawals, and online account updates, necessitates the processing of massive numbers of transactions by banks of all sizes. Mainframes enable banks to process data at a scale that is inaccessible to commodity servers in either scenario.

An example of a satisfied customer: Precisely Technology helps a financial services company save millions of dollars by offloading sorting to zIIP.

In addition to traditional merchants, online retailers can profit from the ability of current mainframe systems to manage massive amounts of transactions.

At their fundamental, mainframes are high-performance computers with vast amounts of memory and processors that conduct billions of basic calculations and transactions in real-time. The mainframe is crucial to business databases, transaction servers, and applications that demand high resiliency, security, and agility

Plus, mainframes’ modernization has expanded their capabilities while also making them more accessible to IT workers. The outcome is that mainframes are still in great demand, and mainframe markets are projected to rise over the next few years. Above, I have given all the necessary information on mainframe performance.