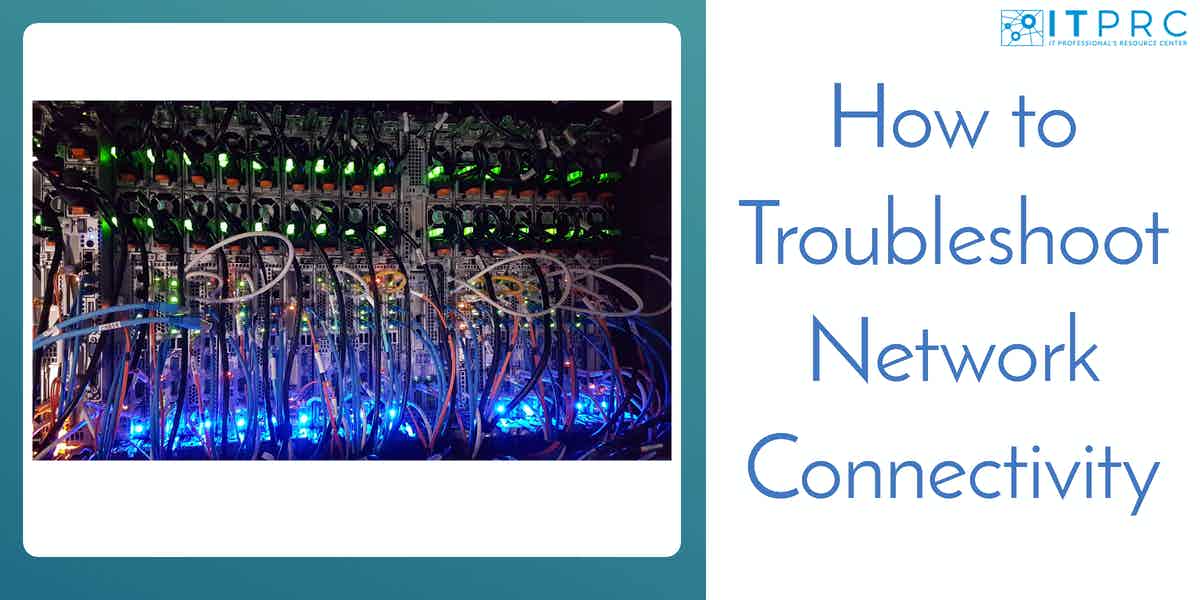 There can be many reasons why you can’t connect to the network. Work through a list of reasons to find the cause, stay calm, find the solution.

When a device can’t connect to the network, a sense of panic ensues

However, the experience will tell you to keep calm and be methodical to get the device working. When all of the devices in the building can’t connect, you could lose your job. However, keeping calm and being methodical is still the best strategy.

The key to solving network connectivity problems is a template of steps to follow.

You need to look at the following factors:

The following sections explain how to check each of these resources.

Look into the network cable.

It seems to be an obvious step that goes without saying, but it is essential to check all connections and devices as a first step. Sometimes network connectors don’t quite click into the socket, sometimes, the top catch snaps off, and the connector doesn’t entirely stay in when you walk away. Make sure that the network cable is fully connected to the computer.

Trace along the cable to the local switch, bridge, or repeater – whichever is the first device that the endpoint network cable plugs into. Maybe jack is not fully engaged.

If more than one device is affected and all in the exact location, then that local network device might be poorly connected to its neighboring device. Check that connector.

The final issue to check is the cable itself. Swap the cable stretch for another, ensure that both connectors are correctly engaged in the computer and the network device. Turn off the computer to reboot it and, hopefully, initialize a connection.

If the system still won’t connect after you have checked the cable, move on to checking the network software on your computer.  There are a few straightforward steps you can take to check on this issue.

Sometimes, network software can conflict. Processes don’t terminate correctly and end up blocking each other. A typical example of this phenomenon occurs with connection management systems, such as a VPN. A VPN takes control of the network card’s utilities, and if it isn’t shut down properly, it can cease to operate and so doesn’t process traffic, but it doesn’t release the network card, so it continues to block all non-managed traffic. To transparent rogue processes, simply reboot the computer. This action will also reset all network software, so if any of those vital processes are hanging, the network connectivity issue will be cleared when the computer comes back.

Although firewalls are essential to endpoint security, it could be that the firewall has been set up in such a way that it blocks all traffic to the device. To check whether this is the cause of your network connectivity issue, turn the firewall off and see whether the network access problem has been resolved. If that fixes the problem, restore the firewall to its original settings and turn it on. See if you still have a network connection.

It could be that the computer that cannot connect to the network hasn’t been issued with an IP address, or it has been given an IP address that is already in use elsewhere on the network.

3.1 Renew the IP address for the device

Open a terminal session and run the command ipconfig. On macOS and Linux, use ifconfig.

Running the ipconfig command without any parameters gives you a report of the computer’s current IP address and the router’s address that manages to address this device.

These two commands should get the computer allocated a new IP address. This will solve network connectivity problems that are caused by addressing them.

3.2 Check the scope of connectivity problems

It could be that the computer seems to be disconnected from the network because any action the user tries results in an error. However, that might be because the user’s steps are related to internet connectivity, and the connection to the network could be working fine.

Look at the Default Gateway address in the ipconfig output in a terminal window. Issue the command ping <IP address> substituting the address of the default gateway for the words <IP address>.

If the ping command can’t get to the router, one of the switches has a problem between the device and the router. Try TraceRoute. Issue the command tracert <IP address>, again substituting the router address for <IP address> and see how many devices the connection gets to. You should know how many switches you have on your network and how many lie between the device and the router. If they don’t all show up in the TraceRoute results, you will know which network device gives you problems.

Issuing a Ping to a domain name, such as the command ping google.com run in the previous section, automatically checks your DNS system. However, ping needs an IP address as a parameter, so when you run Ping with a domain name instead, the utility must convert that name into an IP address by referring to a DNS server.

So, by the time you get to this step, you have already tested the DNS system because if there were a DNS-related problem, Ping would have given an appropriate error.

If you want a second test to confirm a DNS problem, go to a terminal window, such as Command Prompt in Windows, and issue the command nslookup google.com. If this succeeds, you don’t have a DNS problem.

Suppose only one endpoint is experiencing connectivity problems. In that case, it is more than likely that the root of the problem is on that computer or how the computer’s identity on the network has been managed.

If a switch on the network is experiencing problems, more than one computer will be affected. However, a setting or a rogue process on the local switch could stop the switch from recognizing that one device. This is unlikely, but you need to check on every possible cause of the problem.

If you hypothesize that a switch in the path between the network router and an endpoint is blocking traffic to that device, running TraceRoute (above) should tell you which switch is experiencing problems. For a quick attempt to clear the issue, turn that switch off, wait for 30 seconds, and then turn it back on again. This action will cut off many devices from the network, so it is an exercise that you should implement out of office hours.

If a switch consistently blocks traffic to one device, the most likely cause is a physical problem with the connector or cable from the switch to that device. This issue was covered in Step 1. So, if you still have a problem with communications on one endpoint and restarting the switch doesn’t fix the problem, something suspicious is going on.

The switch’s settings could have been manipulated to isolate a specific device. This is a possible scenario on a network with centralized security monitoring. If threat detection is performed off the device with a relatively slim local agent, the device could be vulnerable to attack. Malware or ransomware sometimes isolates a device from the network to block threat detection software.

If changes have been made to isolate a device, the easiest way to solve this problem is to restore factory settings. The problem with this strategy is that it will wipe out any customizations you made to the device’s settings. Network configuration management solves this problem by storing the locations of each device and reapplying that standard if any unauthorized changes are detected.

The five steps above should help you identify a connectivity issue experienced by one endpoint. However, if these suggestions don’t spot the problem or if any or all of your endpoints have problems connecting to the network, the issue you face is enormous.

It is better to organize your network management effort so that you can spot problems before they become noticeable to users than to spend your time fixing issues once users report them.

If you are currently battling a connectivity issue, this advice won’t help you right now. However, once you are through your current crisis, it is worth remembering the harrowing experience and motivating yourself to make sure it never happens again.

An essential tool when identifying the root cause of a connectivity problem is a map of the network to work out which endpoints are dependent on which switch. A map that shows live traffic volumes on each link is even better.

You need two types of network monitoring systems to catch connectivity problems arising: a network performance monitor and a network traffic analyzer. Many monitoring system vendors create separate packages for these two detection systems, but some offer them combined in one tool.

Here is a list of the best monitoring systems to troubleshoot network connectivity: 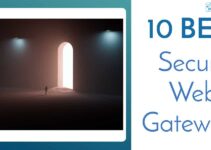 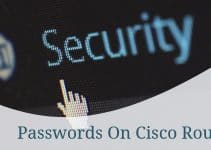