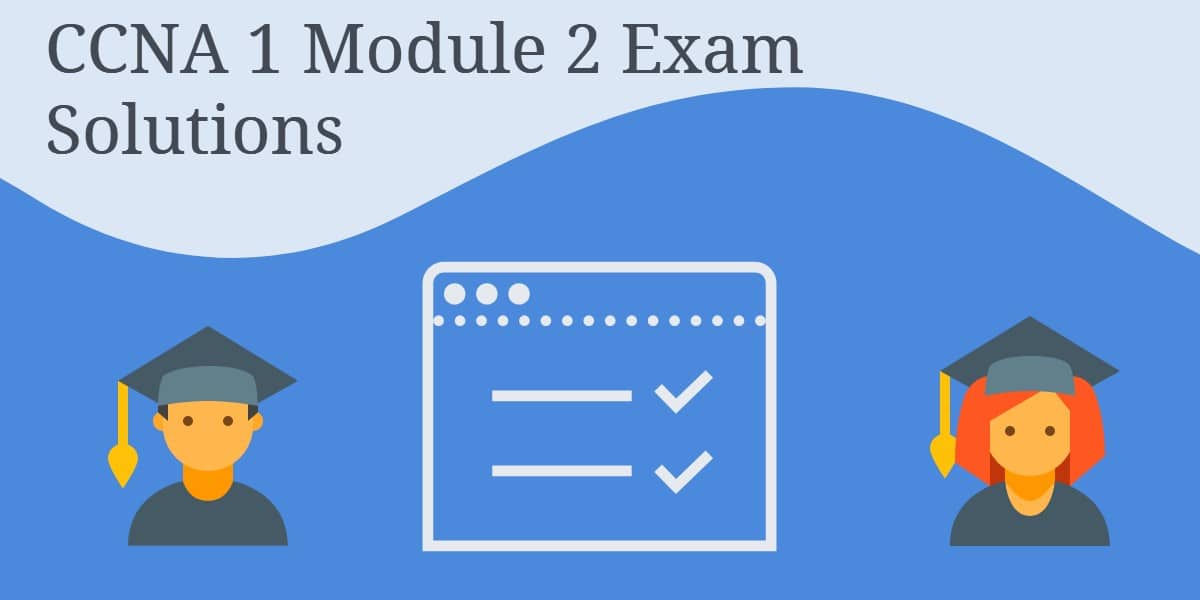 Cisco’s exams can be a lot of hard work- we know. But the worst thing you can do to yourself is to simply look up the answers to exam questions. Not only do you not learn anything- but you’re hurting your future in the process.
Instead, shouldn’t you get a helpful hint and get pointed in the right direction of where to look for an answer? That way, you can keep your dignity, hopes for the future, and of course your grade. The questions below are from the CCNA 1 module 2 exam- but instead of straight answers, we reason out why the answers are correct. If any type of math or decision making is involved, we leave that up to you (But we will of course give you the resources you need to complete the question.)

1. Which layer of the OSI model provides network services to processes in electronic mail and file transfer programs?

More Info: An Introduction To The Tcp/Ip And OSI Model
Explanation: This question is rather basic, and shouldn’t need much explaining. If you’re still lost or aren’t sure of the right answer, consult the above material for confirmation.

2. Which of the following are data link layer encapsulation details? (Choose two.)

A) A header and trailer are added.
B) Data is converted into packets.
C) Packets are packaged into frames.
D) Frames are divided into segments.
E) Packets are changed into bits for Internet travel.

More Info: How Encapsulation Works Within the TCP/IP Model

Explanation: Since each layer encapsulates the information with a header and trailer, A is correct. At the Data Link Layer, we do not convert the information into a packet- so B is wrong. Rather, we convert the packets into frames- so C is correct. D and E also incorrect since they do not follow the encapsulation process correctly- review the above material if you’d like a more thorough explanation.

More Info: The Difference Between LANs MANs And WANs
Explanation: From reading the above article, we know that WANs use serial interfaces, not LANs, so A is incorrect. Since we can indeed make a network connection using a hub, B is correct. C is also correct- it corresponds with the exact definition of a LAN. D is incorrect, since LANs do not access remote services. E is correct, as it also corresponds with the definition of a LAN. F is incorrect since LANs provide much more bandwidth than WANs.

4. Which layer of the OSI model provides connectivity and path selection between two end systems where routing occurs?

More Info: An Introduction To The Tcp/Ip And OSI Model
Explanation: Path selection is not available on the physical layer- A is incorrect. The Data Link Layer provides an interface to the NIC, so B is incorrect as well. The Network Layer supports logical addressing and routing- and therefore, C is correct. The Transport Layer would be incorrect since it is responsible for and end-to-end connection, not necessarily path selection.

5. Which term describes the process of adding headers to data as it moves down OSI layers?

More Info: How Encapsulation Works Within the TCP/IP Model
Explanation: Division, encoding, separation, and segmentation all do not make sense in this instance. Logically, only encapsulation could be the correct answer. Follow the link above for more information on encapsulation.

6. Refer to the following list. Choose the correct order of data encapsulation when a device sends information.

More Info: How Encapsulation Works Within the TCP/IP Model
Explanation: The encapsulation process in the OSI model is quite easy- by reading the above material we can remember the pneumonic “Dirty Sick People Feel Bad,” whereas each letter of each word stands for Data, Segments, Packets, Frames, Bits.

7. The central hub has malfunctioned in the network. As a result, the entire network is down. Which type of physical network topology is implemented?

More Info: A Guide To Network Topology
Explanation: By reading the link on network topology, we know that the only choice above that is a centralized topology is the Star Topology. All other topologies are decentralized- which would of course not correspond with the question as it states “central hub.”

8. Which of the following are factors that determine throughput? (Choose two.)

More Info: A Guide To Bandwidth And Throughput
Explanation: The above guide to bandwidth and throughput states that the network topology and number of users on the network both influences throughput- so C and E are both correct. Passwords, layer 3 protocols, and width of cable are either ambiguous or wouldn’t load down throughput.

9. Which best describes the function of the physical layer?

A) Defines the electrical and functional specifications for the link between end systems.
B) Provides reliable transit of data across a physical link.
C) Provides connectivity and path selection between two end systems.
D) Concerned with physical addressing, network topology and media access.

More Info: An Introduction To The Tcp/Ip And OSI Model
Explanation: The above introduction to the TCP/IP model states that the physical layer is concerned with physical aspects of a network. It doesn’t provide a reliable connection- B is incorrect as other layers do this. The Physical Layer is fairly “dumb,” so it doesn’t do path selection either- C is incorrect. Again, the Physical Layer isn’t smart enough for media access, so D is wrong. A is therefore correct.

10. Which of the following are ways that bandwidth is commonly measured? (Choose three.)

More Info: A Guide To Bandwidth And Throughput
Explanation: This question should be fairly easy- although the above link will help you out if you are a little rusty. B, C, and F are all correct by definition.

11. Which of the following are layers of the TCP/IP model? (Choose three.)

More Info: An Introduction To The Tcp/Ip And OSI Model
Explanation: This should be another fairly easy question. The TCP/IP model does not have the Presentation or Physical layer- the OSI model does, however. Likewise, A, C, and D are correct.

12. What is the term used to describe the transport layer protocol data unit?

More Info: How Encapsulation Works Within the TCP/IP Model
Explanation: By reading the above article, we know that the Transport Layer corresponds with segments. (You may also have remembered the pneumonic “Dirty Sick People Feel Bad,” whereas S stands for Segments.)

13. What makes it easier for different networking vendors to design software and hardware that will interoperate?

More Info: (None)
Explanation: The clear choice here is A- the OSI model. Proprietary designs would actually make it harder for networking vendors to provide compatible hardware and software. The rest of the answers do not directly apply to networking vendors and their products.

14. Refer to the exhibit. Which column shows the correct sequence of OSI model layers?

More Info: An Introduction To The Tcp/Ip And OSI Model
Explanation: This is another simple question. You can review the above article, or you may have remembered the pneumonic “Please Do Not Throw Sausage Pizza Away,” whereas each letter of each word corresponds to an OSI model layer.

15. What is one advantage of defining network communication by the seven layers of the OSI model?

More Info: (None)
Explanation: The only answer above that would even apply to the OSI model would be B- as it is much easier to understand as compared to the TCP/IP model. All other answers assume that the OSI model has an actual influence on network design- it doesn’t. It is simply a learning model.

More Info: The Difference Between LANs MANs And WANs
Explanation: Both A and E are correct, as defined in the above article. B, C, and D apply to LANs, not WANs.

17. A switch has failed in the network. As a result, only one segment of the network is down. Which type of physical network topology is implemented?

More Info: A Guide To Network Topology
Explanation: Bus and Ring topologies do not use switches, so A and B is incorrect. C is incorrect because if the switch failed on a Star Topology, the entire network would be down. Thus, D is correct. Review the article above for more information.

18. Refer to the exhibit. Identify the devices labeled A, B, C, and D in the network physical documentation.

More Info: (None)
Explanation: B is correct- it shows the diagram of each device correctly. This should be very basic networking knowledge, and thus, no further explanation is needed. 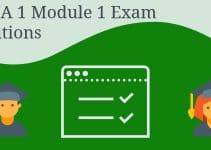 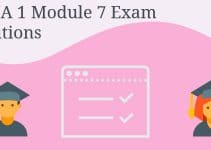 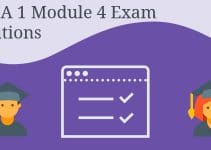